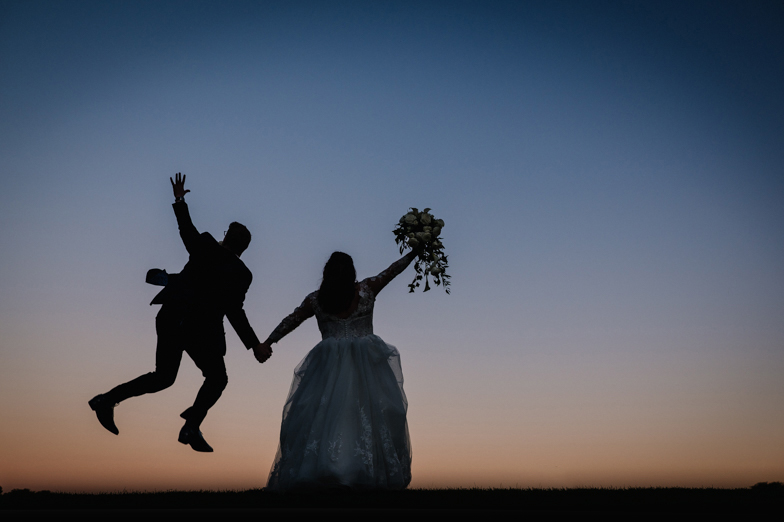 Ashley and Craig met in 2005 during confirmation classes at Grace Lutheran Church. Ashley noticed Craig’s shaggy blond hair and laugh lines when he smiled, and thought, “I really want to know this guy better.” Craig took note of Ashley’s bright smile and warm laugh; he definitely found her attractive. Throughout junior high and high school, they were involved in their church’s youth group, and regularly spent their free time volunteering and going on mission trips to serve communities in need. Over that time, they became close and hung out in the same circle of friends.

It wasn’t until they had graduated high school in 2010 and were on another mission trip in Gatlinburg, Tennessee, that the trajectory of their lives began to converge. They began to notice more things about each other that they hadn’t noticed before; things that made each of them special and stand out within their friend group. They continued to grow closer and closer, texting back and forth, getting to know one another on a deeper level, and at the close of summer, their group hangouts turned into just the two of them spending time together. Eventually, they had their true first date, eating breakfast at Rumors Diner and talking about the start of college and dreams of their futures.

Finally, on October 2, 2010, Craig knew it was time to officially ask Ashley to be his girlfriend. Ashley pulled up to Craig’s parent’s house to hang out for the evening, while inside Craig waited patiently with a single yellow rose. He stepped nervously out onto the front porch as Ashley approached the door, and he awkwardly tried to express how much he enjoyed spending time with her and how he admired everything about her, her family, and her aspirations. Of course, his nerves got the better of him, and he wasn’t as smooth or romantic as he would have liked, but nonetheless, he stammered out the words, “Will you be my girlfriend?” and Ashley said, “Yes!”

In September 2019, Ashley and Craig were in Toledo to visit their families. On a chilly, cloudy Sunday morning, they attended church and planned on going to brunch with both of their families afterward. Craig asked Ashley if she minded if they made a detour and drove past the house where Craig and his family used to live, the same house where he asked Ashley to be his girlfriend. Ash said, “of course!”, and they made their way to Craig’s old neighborhood. Craig drove in front of the house and parked the car. Ashley looked at Craig inquisitively, and he said “let’s get out and take a picture together on the porch”. Ashley responded with, “Craig, no, people live here. We can’t do that”. After some persuasion, they got out of the car, and walked up to the familiar front porch as Craig held Ashley’s hand.

Craig turned around and faced Ashley, and picked up a yellow single rose that was on the porch. He handed it to Ashley and began to tell her how much he loved her, and how he couldn’t imagine his life without her. He then got down on one knee, pulled the most beautiful ring out of his suit coat, and asked Ashley to spend the rest of her life with him. Ashley said yes and the rest is history!

Their wedding was absolutely beautiful – coming full circle at Grace Lutheran Church. Ashley looked stunning in her gown and Craig was dapper as can be in his tux. The fall weather was crisp and the leaves were falling. I loved spending all of the great moments of the day with these two and I wish them both the very best!