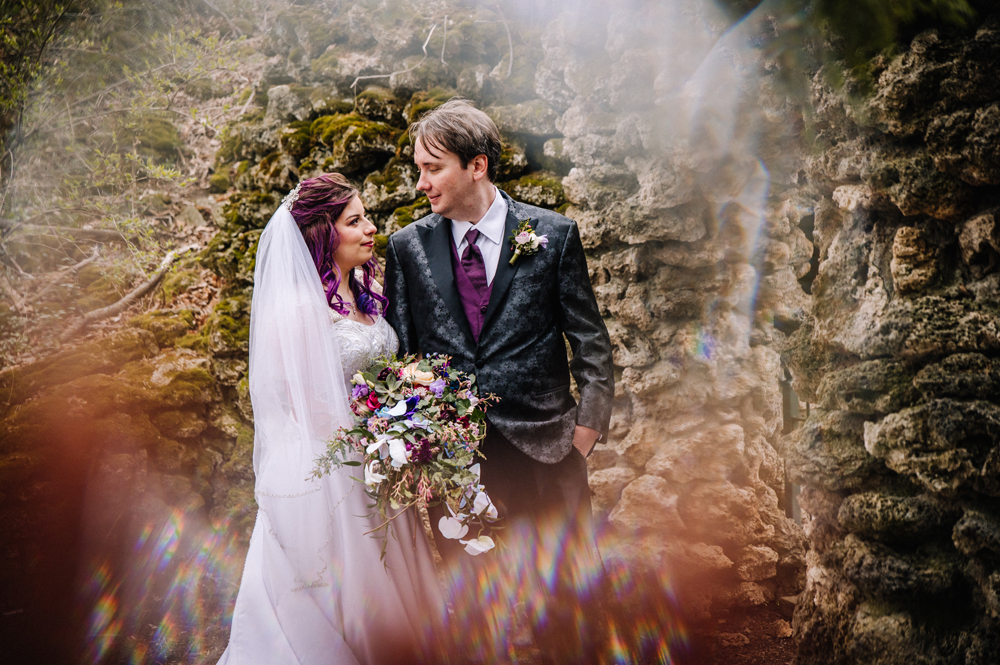 Krista and Paul shared an amazing day together on Friday! We were so lucky that the rain held off for all of the important parts and it was such an incredible day. Krista had purple hair for their engagement photos, so I was so thrilled when she continued the purple and it tied into her regal wedding colors of purple, gold, and silver perfectly!

Paul and Krista met in college and were close friends for the years they spent there. After some time, their friendship developed into something more. Though they tried to go their own ways and both moved back to their hometowns after graduating, his in Pennsylvania and hers in Ohio, they couldn’t stop thinking about one another. Soon endless calls turned into an official long-distance relationship, then an in-person one when he moved to Ohio with Krista!

When I asked Krista about how Paul proposed, she said, “When we were long distance, we would call each other on the phone and talk for hours. There’s a basketball court in the middle of my apartment complex, and while talking to him, I would go stand or sit out on it to talk to him. When he proposed, we went out to sushi, a meal we both enjoy and often go on for dates. Then after, knowing how I would talk to him for hours there, he took me to the basketball court and proposed, saying we never had to be apart again, and he wanted to spend his future with me. I was so nervous! I said yes right away.”

Congrats, you two! It was such a great day and it was an honor to be a part of it!

Bride’s dress – Dress For a Day