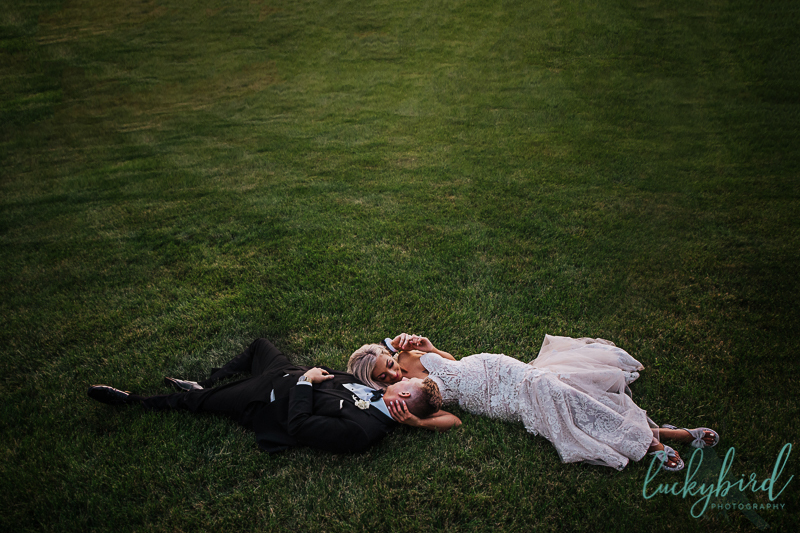 Alicia and Corey met all the way back in 2013. Alicia went to Maumee High School and Corey went to Rossford High School. Alicia said, “It was a Friday night football game at Rossford, I remember sitting in the bleachers and someone stepped on my foot, I turned around to see Corey’s face. I yelled at him and I remember him being like oh my gosh I’m sorry!” Fast forward to when they graduated high school in 2014 – the two were at a mutual friend’s house party and ran into each other again. Then, a few years later in December 2016, they were at a bar in downtown Toledo with mutual friends. Alicia recalls this was the first time they had talked in a while and she remembers thinking that Corey was very cool and cuter than she remembered! They finally exchanged numbers!

We are now at the beginning of 2017. Alicia and her best friend Karissa were looking to move out and Corey heard and asked if he could move in with them so they could all split the rent. Alicia said, “Once we moved in together Corey and I became inseparable. We truly were the best of friends (not romantically involved). We did everything together from grocery shopping to laying in bed and just talking for hours. In May, we decided to take a trip to Key West to visit our mutual friend who is in the military. That trip was the best decision of my life because during that trip Corey and I confessed our love for each other and have been together ever since.” And now, they’re parents of three and newlyweds!

In July 2019, Alicia’s family took a trip to Disney World in Florida, however, Corey was not able to go because of his work schedule. Alicia’s brother Angelo decided to stay back with Corey. She and her family entered the Magic Kingdom one of the days and Alicia remembers wishing Corey could have been there. She said, “I remember looking up at the castle and I felt a tap on my shoulder I look over and see my brother. At this point, I thought my brother was surprising my mom, but then I thought how the heck did he get here alone – he was only 15 at the time. Within seconds, I remember seeing Corey walk towards me, get down on one knee in front of the Magic Kingdom castle, and asked me to marry him. I was in total shock it all seems like a blur I just remember my heart pounding and still in awe that he was even in Florida! Of course, I said yes!”

Their theme was Old Hollywood Glamour and featured big centerpieces and a lot of uplighting and twinkle lights. It was sparkly and so elegant. The wedding colors were black, white, champagne gold, and a hint of dark red. The centerpieces alternated being floral ones and feather ones. It truly transformed you back in time when you walked inside their reception!

Congratulations, Alicia and Corey! What a beautiful day and such an amazing celebration with you and your loved ones!

Coordinator – Bee for the Day

Rentals – “I Do” Chair Covers