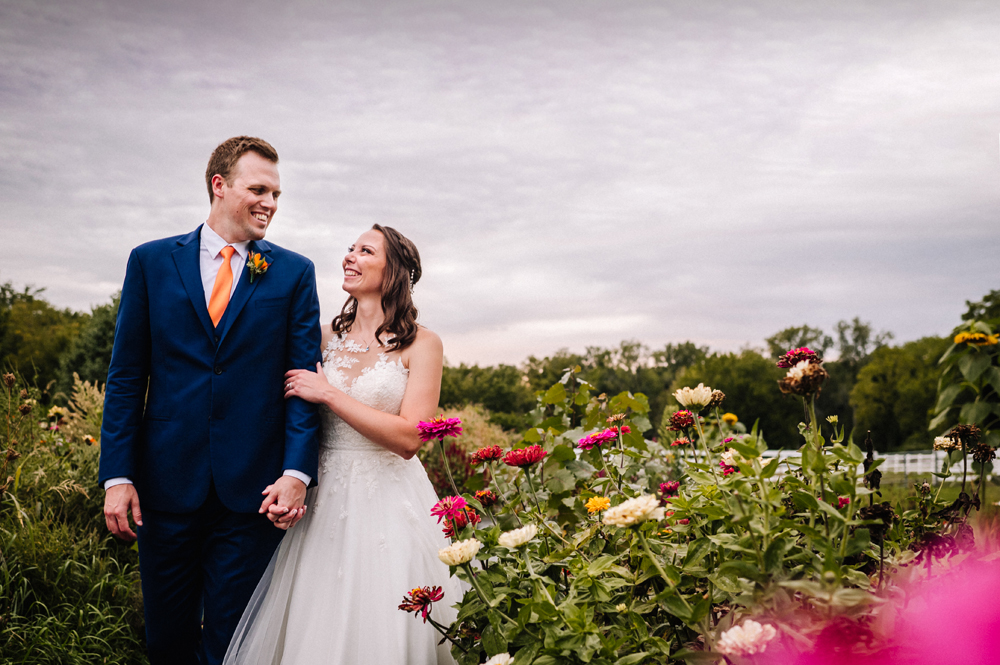 Marissa and Rob had a fantastic day on Saturday! The two met during their second year at Bowling Green State University, a school I am very familiar with as I went there myself! Marisa was on the softball team and Rob was on the baseball team. After meeting each other, the Falcon Flames realized that they both wore jersey number 16!

The pair have been together for 9 years and they love to spend time outdoors with their adorable dog, Bailey. Rob proposed while he and Marisa were visiting Mammoth Cave National Park in Kentucky. They had wandered off to a more isolated section of the cave, but luckily the ring box had a light in it when Rob proposed, so they were able to see while in the dark cave.

Marissa was drawn to The Stables because she knew it well before it was a wedding venue – she spent countless hours there when it was a sports practice barn for softball practices. There are still dents in the garage doors from accidentally throwing a softball into them and a faded part of the door reads “practice barn”. The couple incorporated the color orange into the wedding as it is Rob’s favorite color since BG has been such a big part of their life and how they met! I loved this rustic wedding day and the personal touches incorporated into it such as the family-owned ’65 chevy that drove them into the night, complete with softballs and baseballs tied to the back. Congrats, Marisa and Rob! You guys threw a hell of a party!