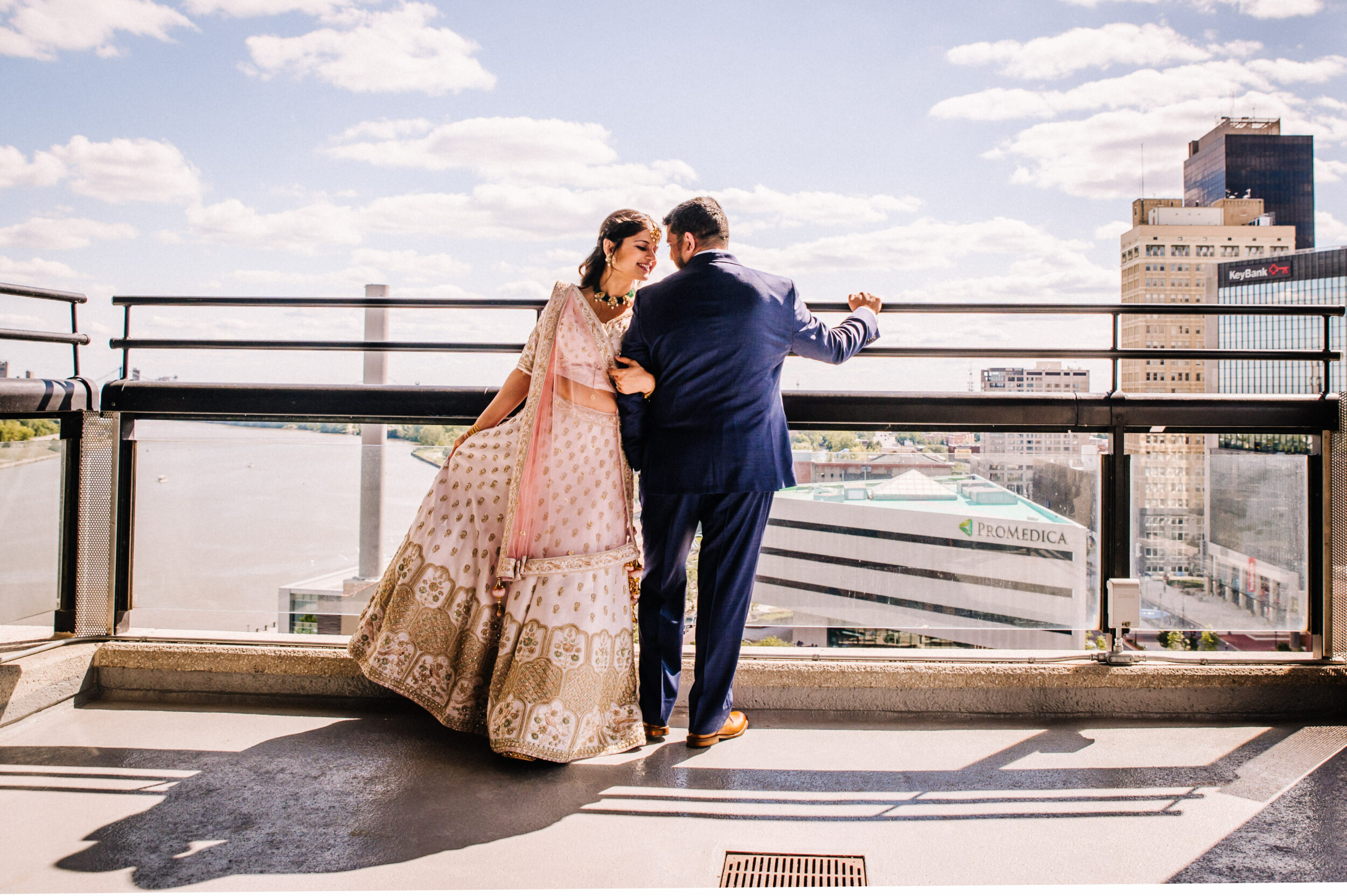 Dev and Kesha’s love story is beautiful in itself, but the thing I found most incredible is that it was eighty years in the making. Dev and Kesha’s families have both known each other for around eighty years and when two of the grandchildren from the opposite families were ready to find someone to settle down with, it was suggested that the two get together, no pressure, to see if they liked each other. Long story short, the pair met and it was obviously fate – they decided to get married and are just the sweetest and cutest couple.

Dev and Kesha had the most wonderful 2-day celebration starting mid-July and ending the last weekend in July. It was so amazing seeing their family come in from all over the world for their intimate engagement party at Dev’s parent’s home in Sylvania and larger party at the Renaissance. They were able to Zoom with the family unable to come into the area, but ended up with over 400 people at their larger party. Mager Designs and Gardenview Flowers knocked it out of the park with their stunning (as always) designs. This was the first time I have been given the chance to photograph an Indian party and I was thrilled that these two and their parents gave me the opportunity to witness such a beautiful celebration. Congrats, Dev and Kesha!