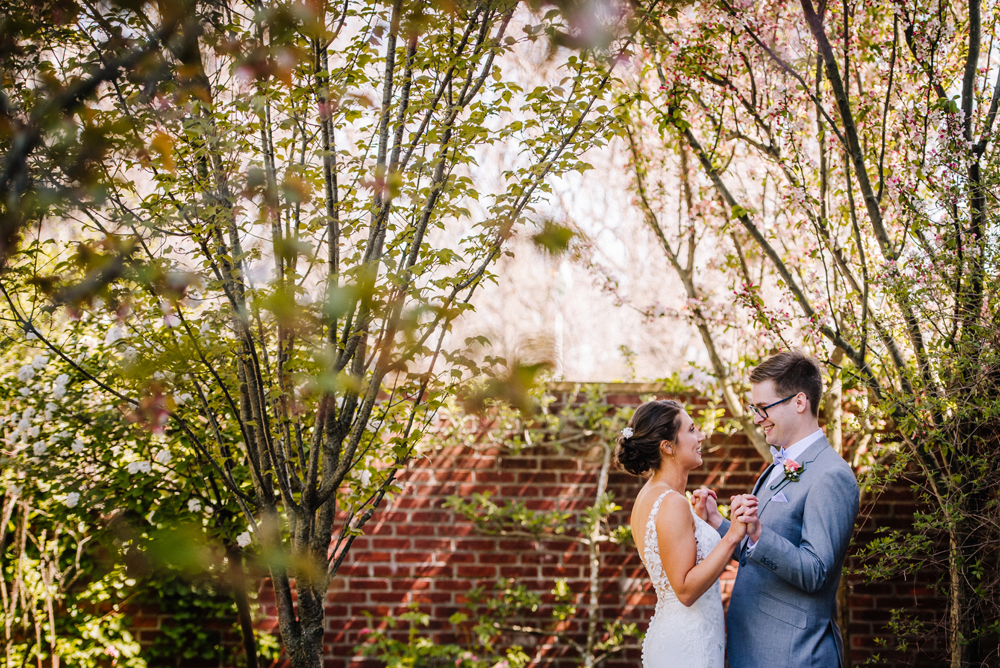 Megan and Tim first met during an internship at a company in Toledo, Betco Corporation, while they were both attending the University of Toledo. Megan actually filmed Tim for one of Betco’s promotional videos!

As Megan put it, “as exhilarating as this shared experience was, we lost touch. However, a couple of months later we both attended a mutual friend’s birthday party and reconnected. With some prodding from Tim’s friend (and groomsman) Chris, we went on our first date at Barry Bagels! One of our first dates was getting tea at the Wildwood Manor House (Tim was the only male in attendance).”

I love these two so much because they proposed to each other! Megan went first. She designed a label for a homebrew beer the pair created with pictures of different milestones in their relationship. She gave Tim the bottle and told him to close his eyes and when he opened them, there was a ring on the bottle cap. Tim proposed the next day at the park the couple went to every time Tim visited Wisconsin before he moved. Megan and Tim went for a walk on the trails and went to an overlook of the lake and that’s when Tim proposed.

Their Manor House wedding at Wildwood featured a vintage garden theme – they had flower arrangements in vintage vases/teapots. There was a dessert bar made by family members and the entire family also worked hard to design the wedding signs and floral arrangements. Their lavender napkins and mismatched vintage china plates tied the entire vision together perfectly! Congrats, Megan and Tim! What was supposed to be a rainy and windy day turned out to be an absolutely perfect day with amazing spring colors and so much sunshine. I wish you two the very best!