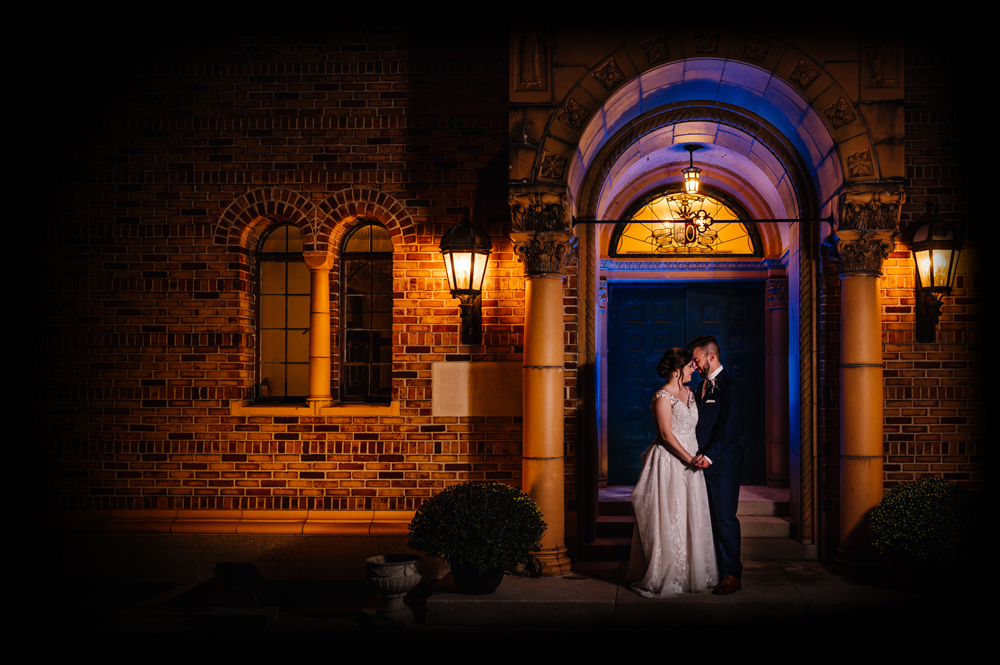 Emily and Eric had the most wonderful wedding on Friday evening. They had the most perfect fall colors and weather to complement their outdoor ceremony in the Grotto. The couple chose Nazareth Hall because it gave both an outdoorsy vibe that Eric enjoys and a historical setting that Emily loves! Their stunning wedding colors were navy and orchid with gold accents.

In 2013, Emily and Eric started their first year of college at BGSU living in McDonald Hall. Emily walked past Eric’s room every day on the 4th floor going to and from her room. As Emily said, “Our floor had a big family atmosphere as everyone’s doors were always open.” Eric walked into her dorm room while she and her friends were painting their nails, and they almost convinced him to join in on the fun! It took Eric three tries before she agreed to make the relationship official, even though everyone on their dorm floor knew they were “dating” because they spent most of their free time together. She finally agreed when he cornered her after returning from Thanksgiving Break and the pair became Falcon Flames.

On December 31, 2019, Eric and Emily traveled to Cincinnati for a New Year’s Eve party with the best man, Griffin, and his fiancée, Nicole. Little did Emily know, the elaborate story of needing to take professional photos for Nicole’s new business before the party started was actually a cover-up for a proposal at Alms Park overlooking the Ohio River! It didn’t take three attempts for her to say “Yes!” this time!

The couple truly had such a beautiful day and I loved seeing them celebrating with their friends and family in such a perfect setting. Congrats, Emily and Eric! It was such an honor being a part of your day and capturing all of the fun!