We recently were a part of a Woodland styled shoot with two grooms and it turned out absolutely beautiful! In Erica from Elite Events words, “When Lindsay from Luckybird Photography reached out to me to do a styled shoot equipped with photos of a floral adorned tree and pizza (I mean seriously, BEST idea ever), I immediately knew that I had to be in on it! The inspiration was to meld together the moody and ethereal to give off a woodland vibe with a touch of whimsy. Not only did we want to create a mystical woodsy aesthetic, but Lindsay had the brilliant idea to include one of her couple’s as models that could double as one year anniversary photos, so we wanted to make the setting extra breathtaking and magical for them!

All of the details that I swoon over as a designer came together beautifully and symbiotically. One of the first things that came to mind for the venue was Oak Openings Metropark, it gives off a magical airy vibe with the most swoon worthy tree line. We wanted to mirror the natural beauty of the forest with natural wooden cross back chairs from Chiavari Chairs Toledo and a sumptuous hunter velvet linen from Event Source.

The table was adorned with natural greens with an unexpected pop of lilies playfully arranged down the table. We added in metallic flatware and moscow mule mugs from Event Source to contrast the warmth and richness of the velvets and wood so that the juxtaposition of all the design elements would be magic!

Reflecting the natural setting, we added in primitive details including the fur, leather chairs, torn paper, and painted walls with heavy brush strokes. The stationery suite was very fun with the mix of textures including metallic copper, matte emerald and black velvet paper.

While we planned on celebrating with some spiked cider (traffic got the best of the gallon), we still enjoyed some amazing treats from 7 Little Cupcakes and Pepperoni Tony’s. To add a sense of whim, we incorporated heart shaped pizza. Not only did they look amazing and photograph beautifully, but on-site wood fired pizza? Yes, please! Probably one of the best work perks ever. 7 Little Cupcakes also designed a beautiful tiered cake (no frozen 1 year anniversary cakes here!) combining both a natural look with gold flecking and marbling with a fun filigree.

Working together to create a modern woodland fairy tale for Shawn and Keanu was a dream!”

Here are some photos from the shoot: 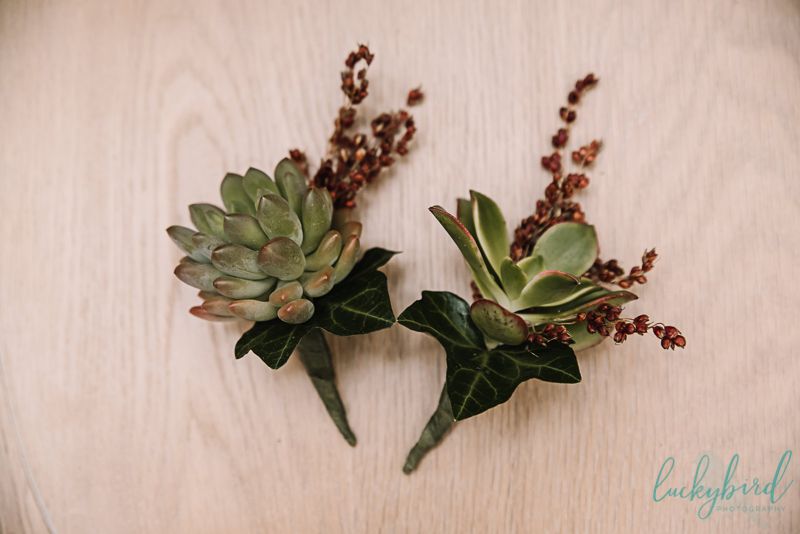 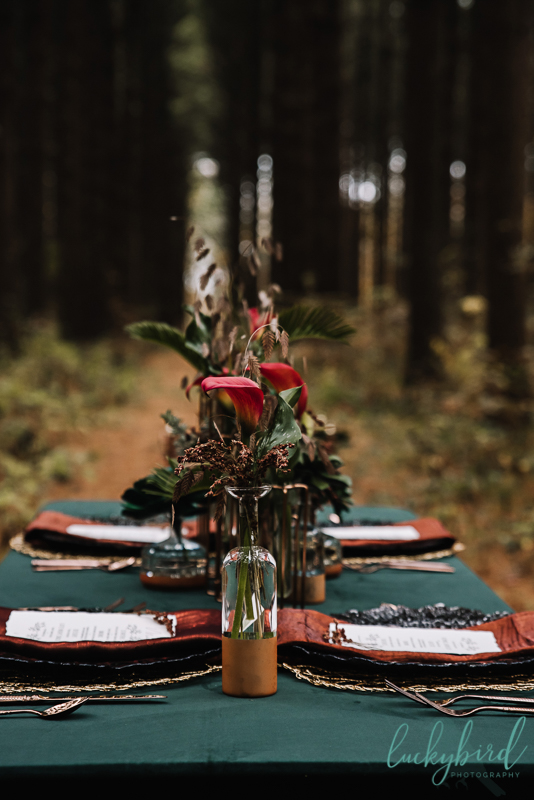 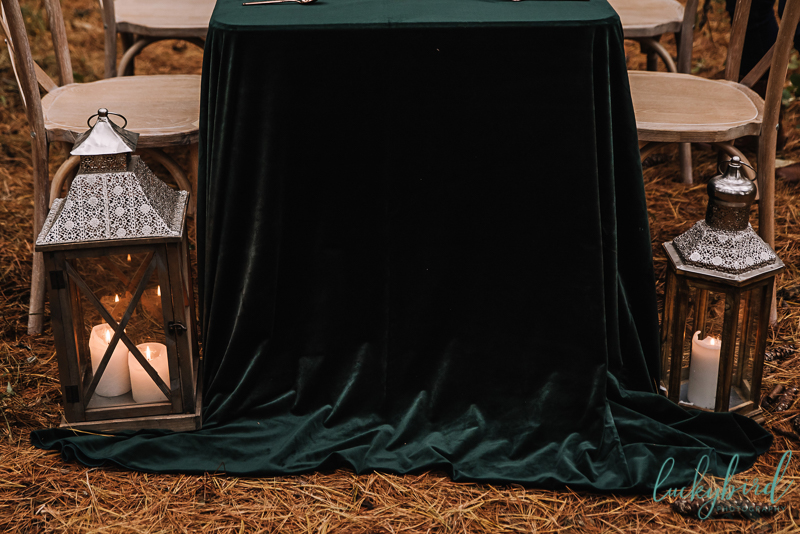 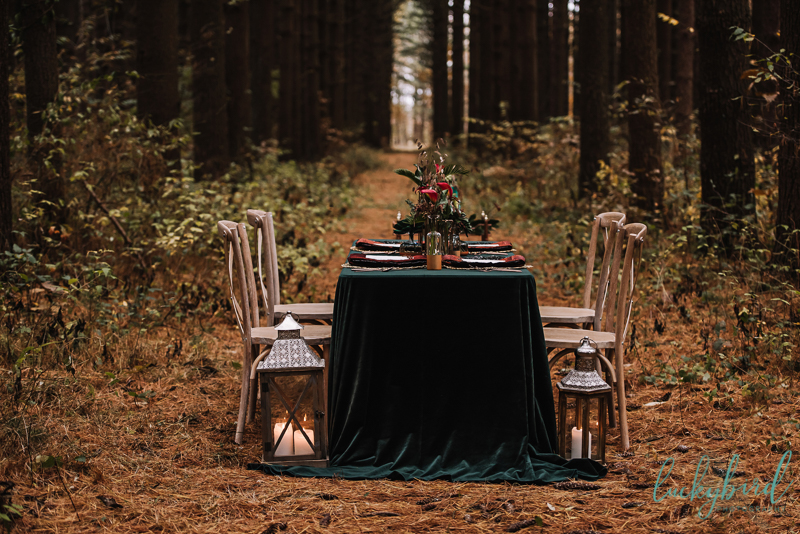 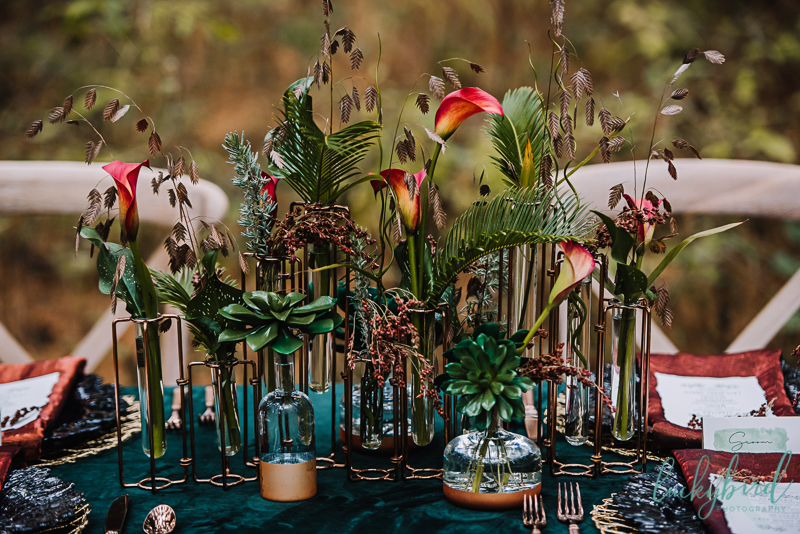 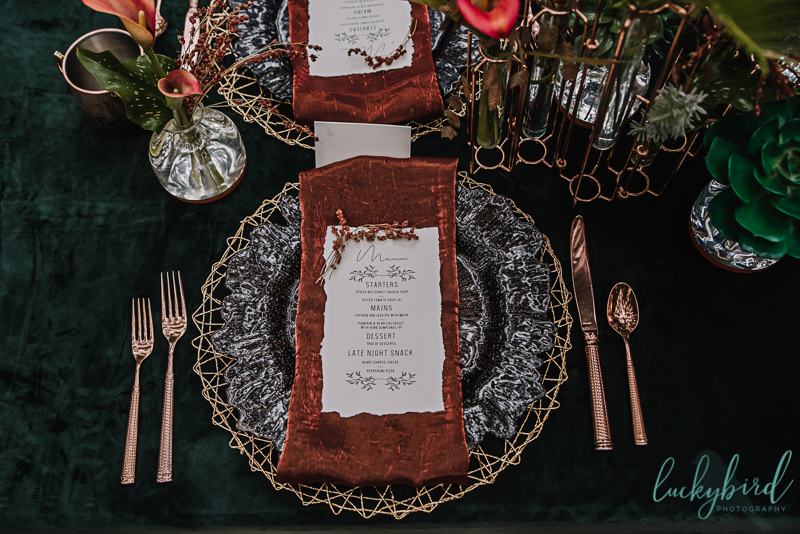 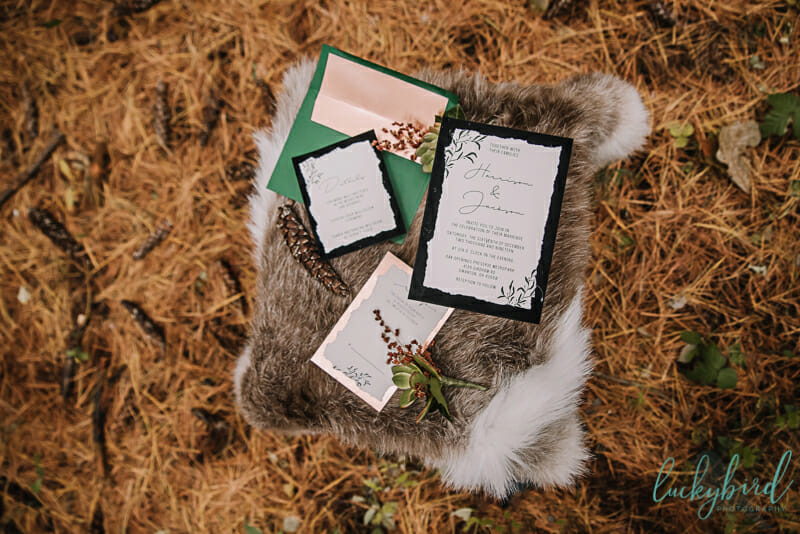 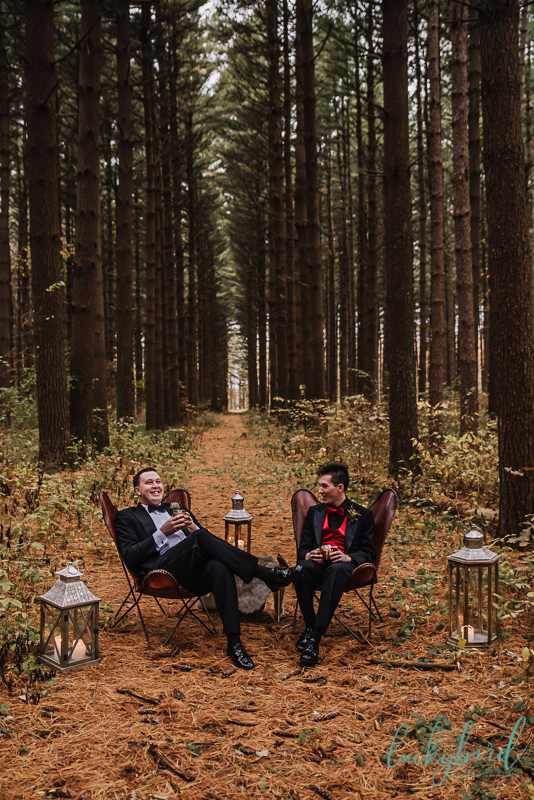 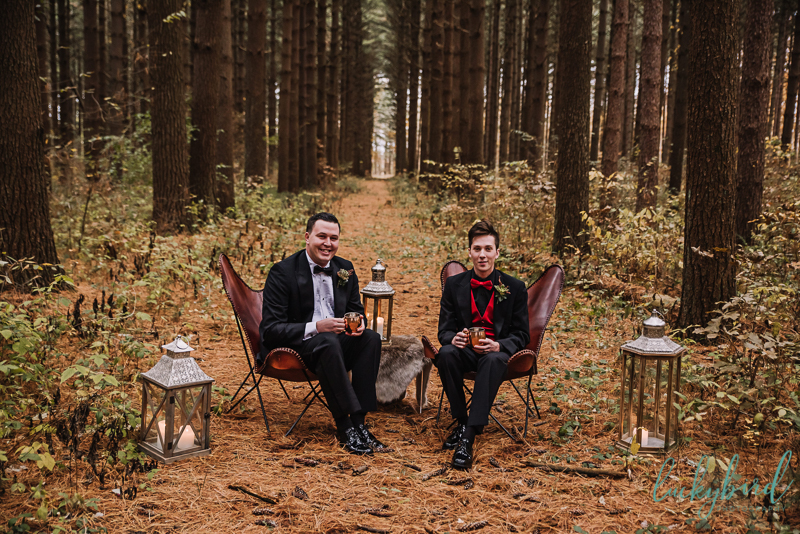 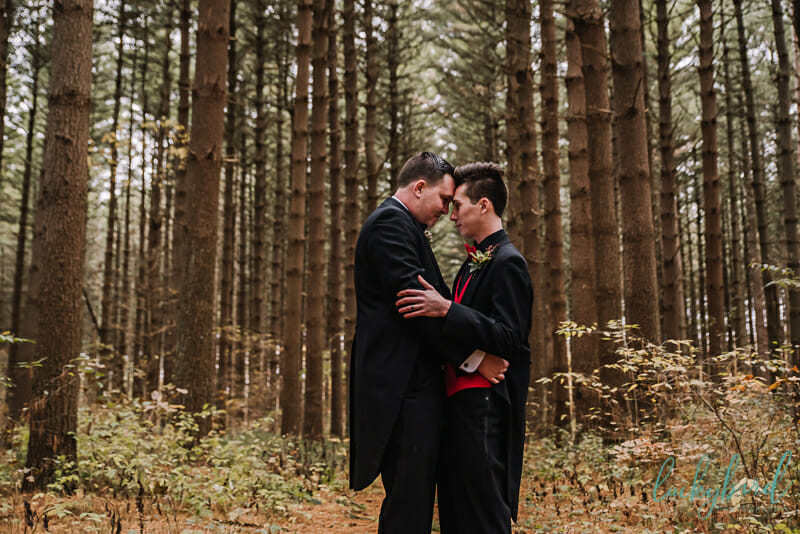 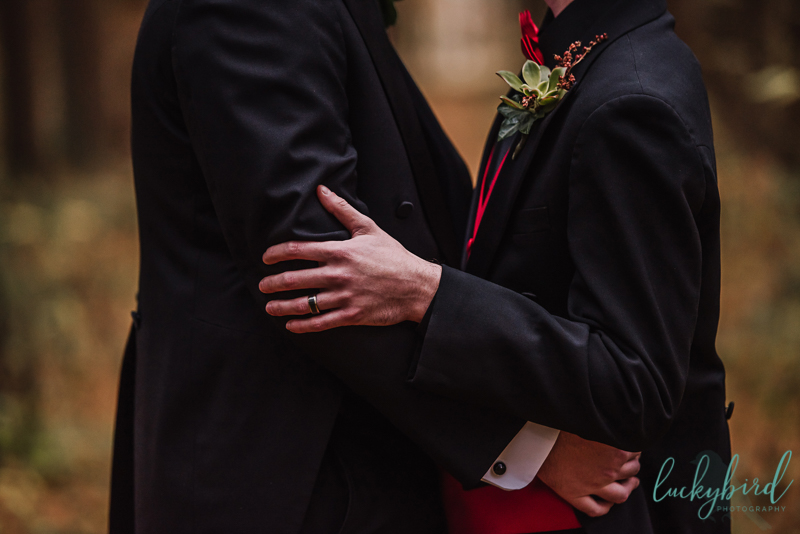 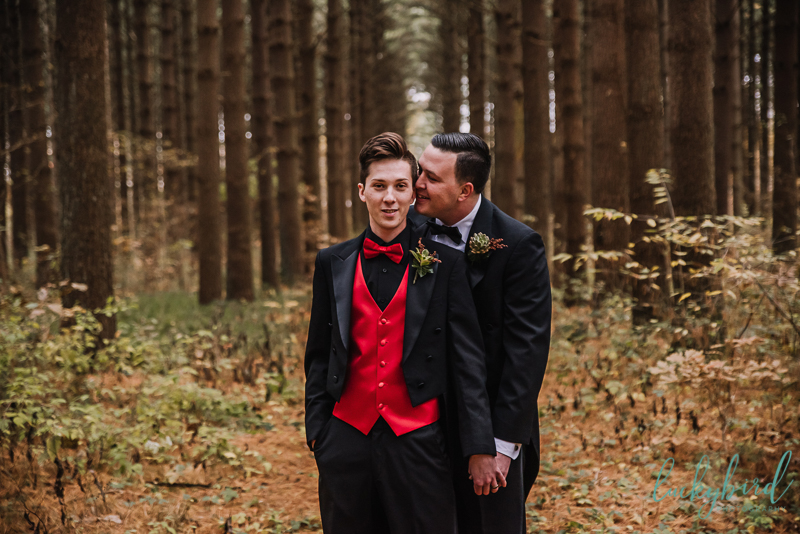 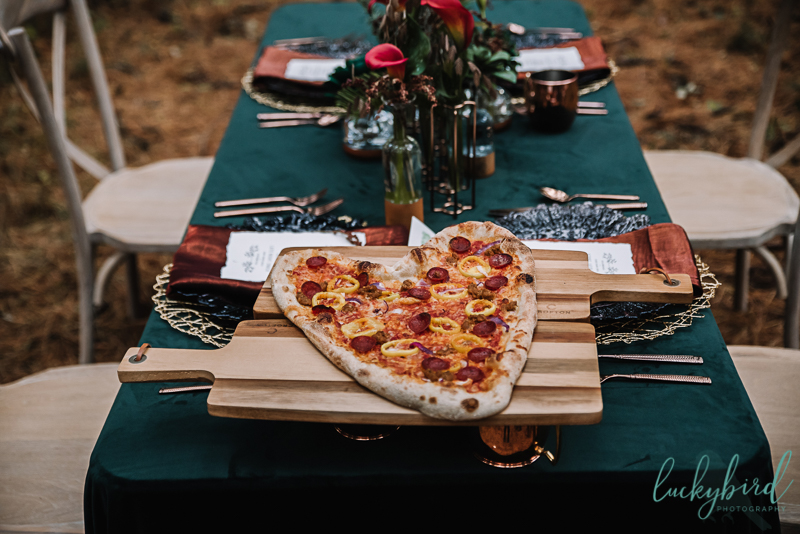 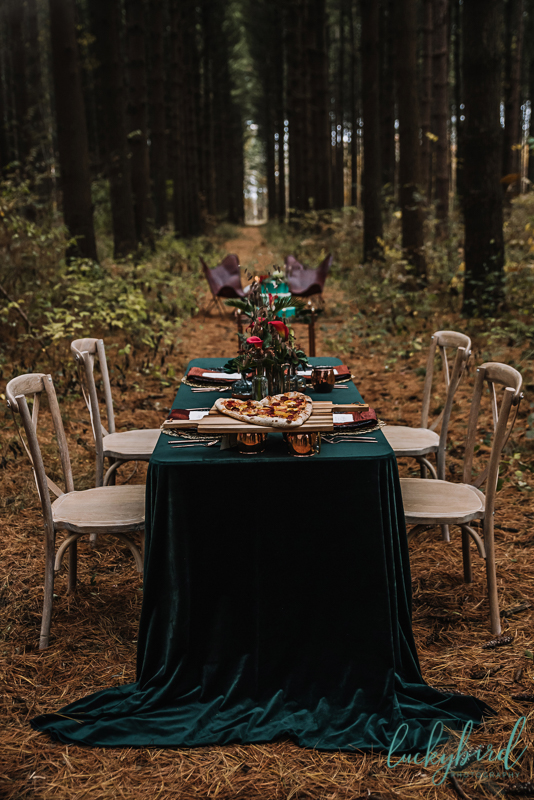 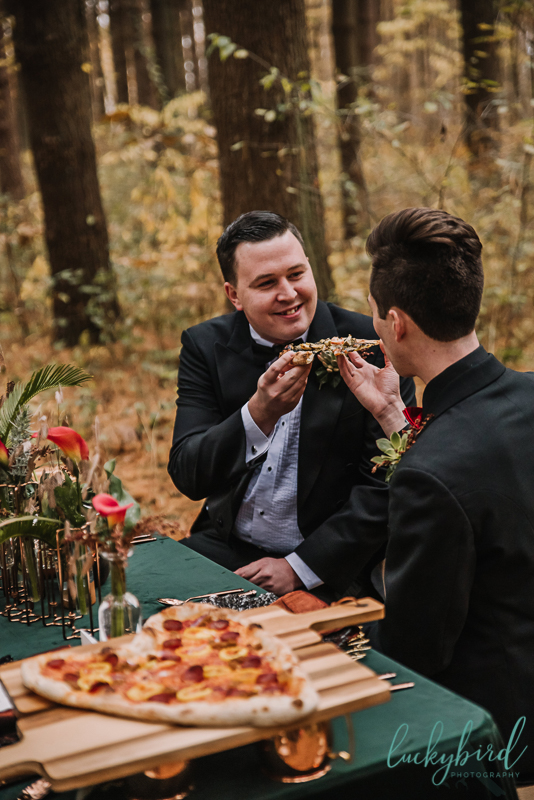 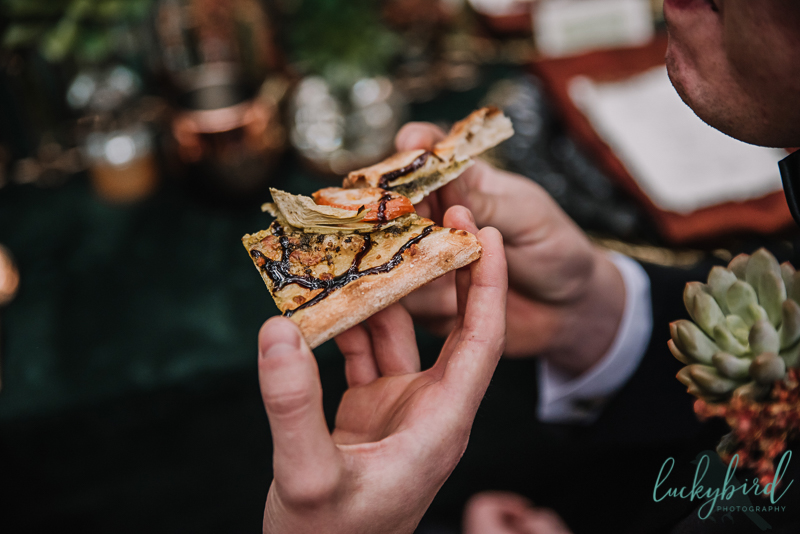 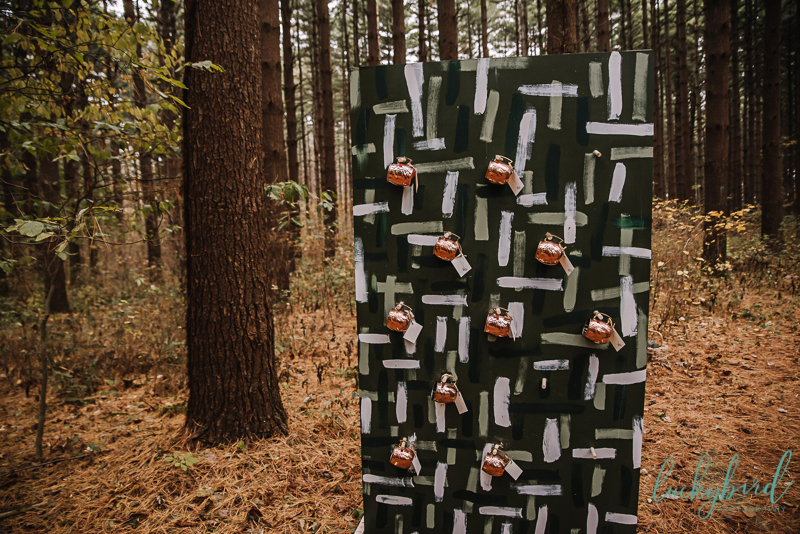 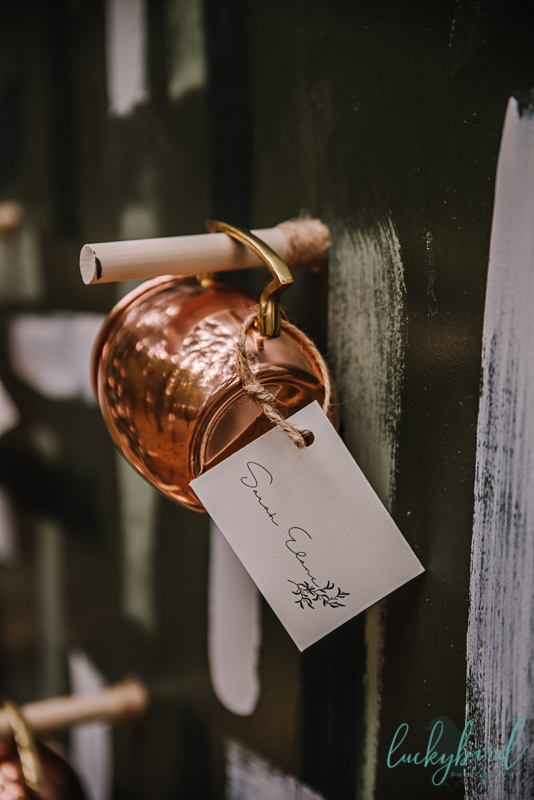 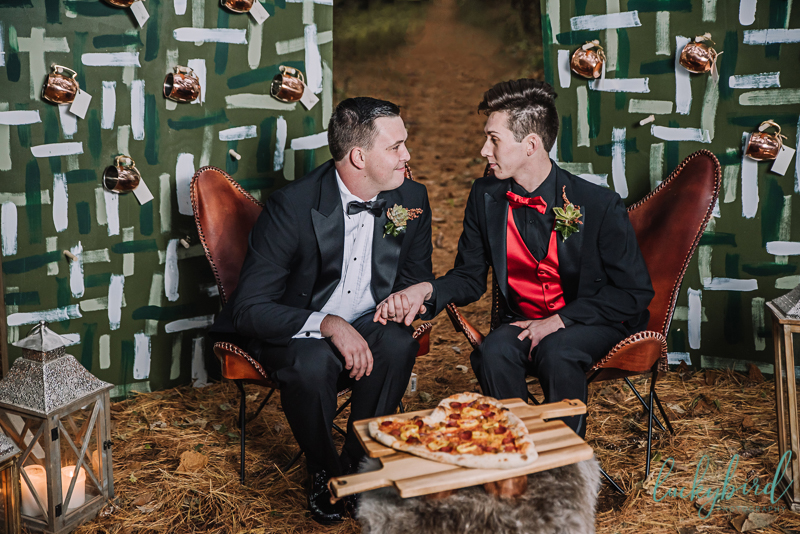 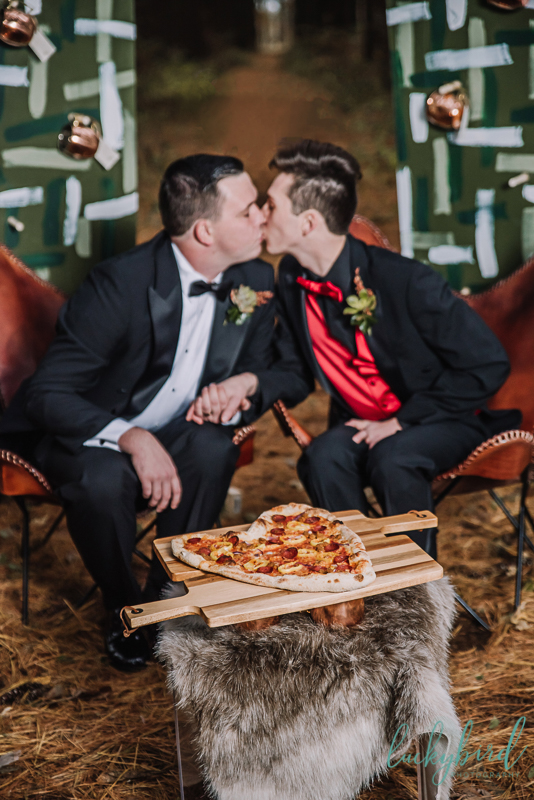 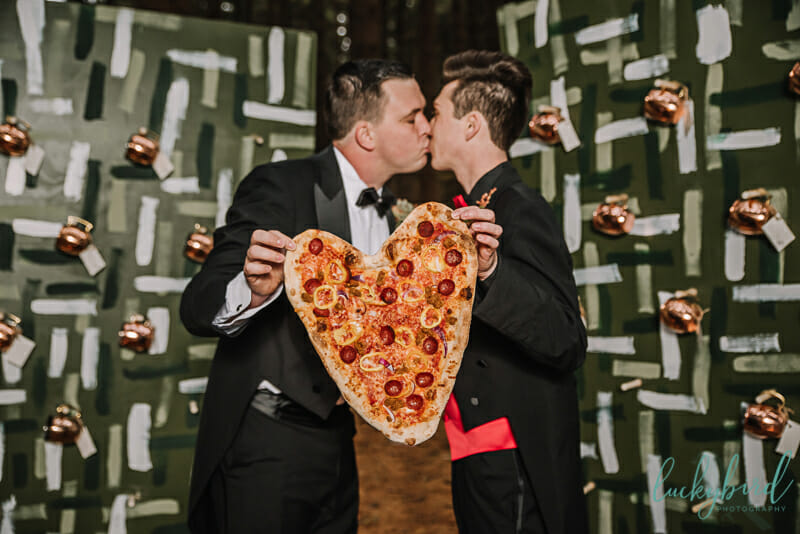 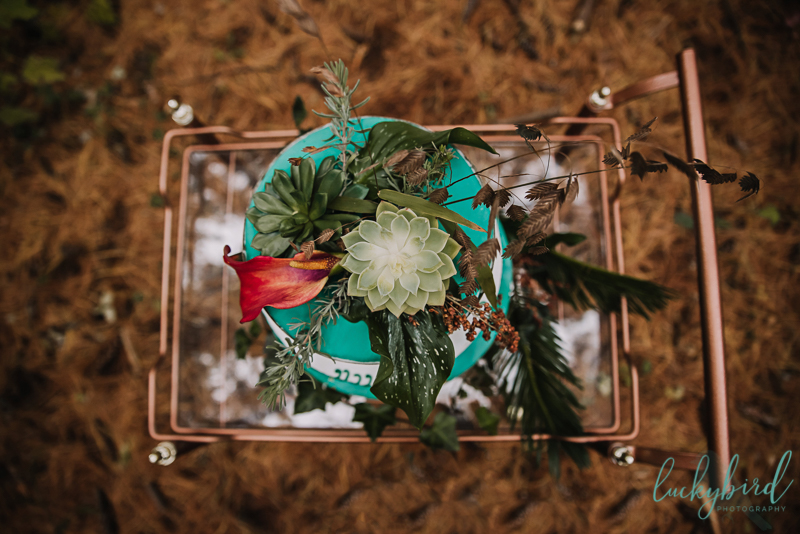 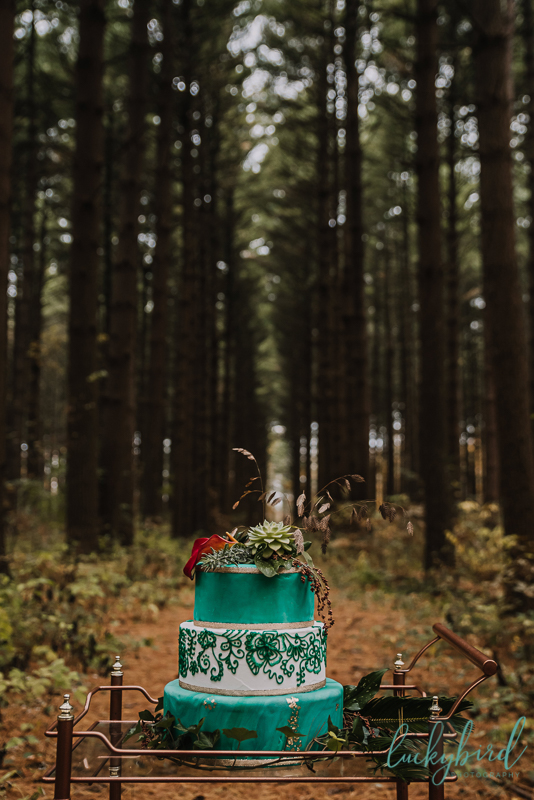 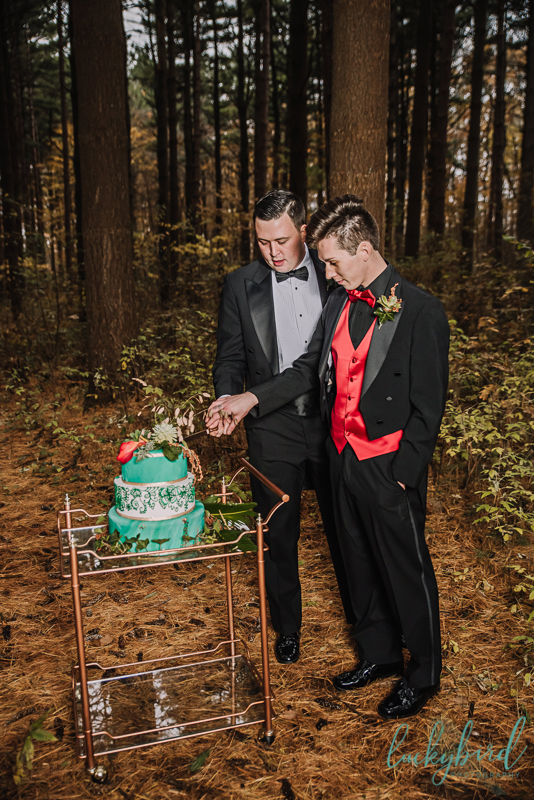