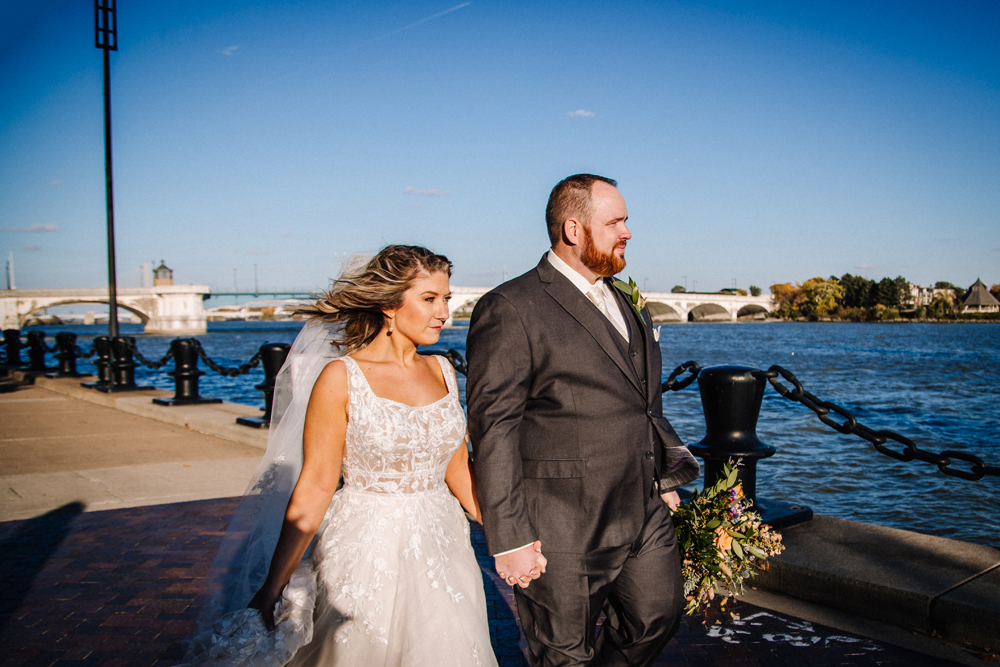 Megan and Everette had an absolutely amazing wedding at City View Event Center. Their wedding can closest be described as a “Whimsical Garden” with colors including rust, terracotta, ivory, pine, olive, and deep purples. The pair decided to go with gorgeous ground flowers at the ceremony in place of an arch to create a garden within the city. The flowers were then brought inside in front of the head table to recreate that same feeling within City View.

The couple met at a mutual friend’s house. Megan was told that it was a pajama party, but Everette was not. When Everette walked up to the house, Megan was outside talking with friends and said, “Hi! I’m Megan!”. She was dressed in pj’s with a top that said, “I say mean things when I’m hungry” and bottoms with pictures of pizza, hot dogs, french fries, etc. It wasn’t until Everette saw Megan playing Lego Marvel video games that he become interested.

Their wedding was absolutely incredible! We had such a fun time celebrating with them and their families! One thing that I particularly enjoyed is the reunion of two of my brides coming together – Andrea had her wedding at City View back in June after switching away from her original venue when she noticed a post I made highlighting City View and its gorgeous setup. Megan was also at the same venue Andrea switched away from and went to a City View tasting after hearing about it to look at another option. Megan and Andrea happened to sit at the same table and the two couples found out that they both were unhappy with their original venues. Upon chatting, Andrea told Megan about my help finding City View and how I was her wedding photographer and Megan was able to also switch venues to City View and book me as well. Megan and Andrea went from complete strangers to guests at each other’s weddings (the last photo below shows them together!).